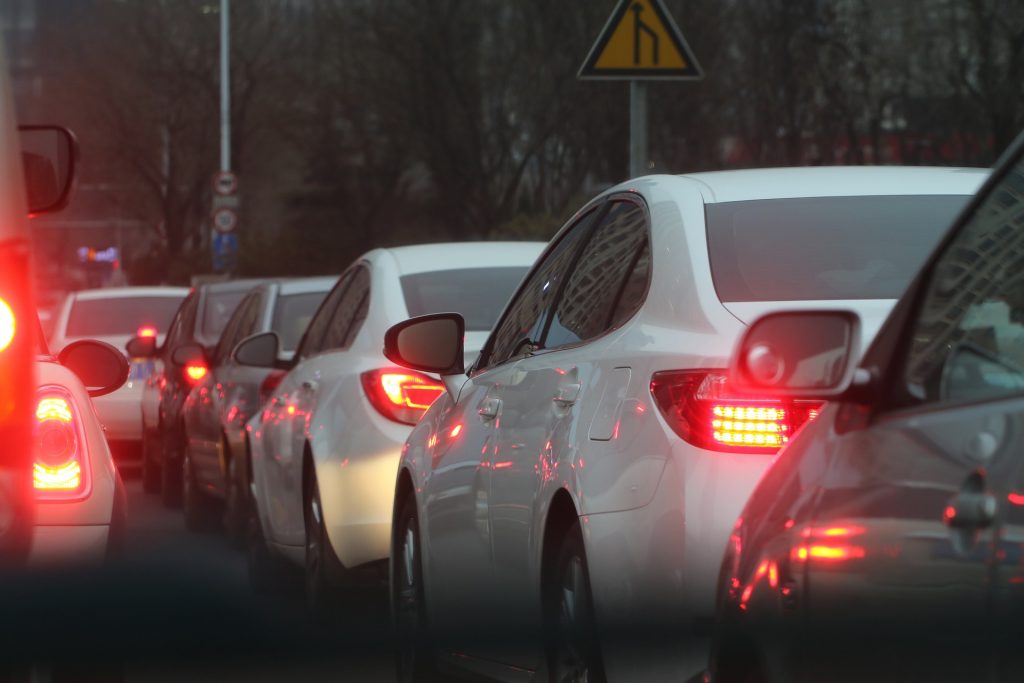 That means traffic was responsible for 40.6% of the total amount carbon dioxide released in the area in 2016.

Overall, emissions from transport, both private and for business purposes, increased by 3.5% in the UK over the period. The heatwave that has hit the UK over the summer has raised awareness about the growing risks of climate change.

Scientists believe that future heatwaves will be more frequent and hotter due to carbon dioxide emissions. Total CO2 emissions fell by 15.2% over the five years in Leeds. The area was responsible for releasing 4 million tonnes of CO2 in 2016 – down from 4.72 million tonnes five years earlier.

Overall, the UK reduced its carbon emissions by 15.4% between 2011 and 2016 and there were are only three areas in the country where emissions rose.

Top of the list is Flintshire, in the North of Wales, where carbon dioxide increased by 14.8%. The area where emissions went down the most was Northumberland, falling by 78.6% in five years.

Phil MacDonald, analyst for the climate change policy think tank Sandbag. Said the UK has made some progress on energy efficiency, particularly through the quick uptake of LED lightning.

There is still work to do, he added: “Compared to the continent, our housing stock is coming from a low base. There’s a lot more opportunities in reducing domestic emissions, and much of it, like loft insulation or cavity wall insulation, pays back in reduced energy bills almost immediately.”

In an effort to help reduce Co2 emissions, A&M are making efforts to reduce our carbon footprint. All of our new range of vans have utilized ‘AdBlue‘. ‘A chemical that helps to reduce harmful emissions produced by diesel engines’. In addition , all of our new Vans have increased storage space. More storage means we can fit more insulation into our vans. This reduces the need for round trips, saving fuel and reducing emissions.